Income by Accident – How I started on Clips4sale

When I started in 2011, I was a total rookie. I started with nothing. No knowledge, no money, no experience. You could say my first income was by accident.

Let me tell you about it:

When I was a student, I made a few fetish video clips that I wanted to put on the internet. I did it just for fun, self exploration and out of curiosity. I have had this fetish for all my life and wanted to know if I was weird. What would others think about what I did?

I researched and found a way to publish them on the internet. Having used my cellphone to film, it actually cost me nothing. The same day, I couldn’t believe my eyes. Someone had bought one of my clips. I had earned money just like that, without spending one dollar. I felt appreciated in what I did and the emails people sent me confirmed that I was just a normal girl. Not weird at all.

My first sale ever on clips4sale

Satisfied, I focused on my study and made no more clips. Although I had stopped, I sold a few more of my clips that were already available, actually making about $180.

After I graduated, I had a job, then got pregnant. My contract expired and I couldn’t find work. I remembered that I still had those $180 in my account at clips4sale.com, the site I sold my initial clips with. I had never requested a payout.

Without a job and enough time, I asked them if that money was still there. They confirmed and to get it, I just had to re-activate my studio there. Meaning I had to publish just one more clip. The day came when I was in the mood, feeling a bit naughty. I made the clip and put it up.

I sold it right away as I sent an email to the 11 people that I still had in my mailing list (it’s an automatic feature on clips4sale). I remember it was the 15th of the month and payout would only be after the months end.

So I decided whenever the mood was right, I would make a clip and put it up until the end of the month. The clips4sale staff promised that all earnings would be included in the payout, so I could increase my income some more.

My new work is fun

The end of the month came quickly as I was “working” (I really just had a lot of fun) and mailing with customers. My first payout. I was a little worried: Would they really pay me? Like actual money coming in on my bank account? Inexperienced and poor as I was, I thought the wire transfer cost too much, so I opted for check.

The check took weeks to reach me, then I had to send it to the bank and they had to put the money into my account. Which took another week. It was a totally stupid idea to request check and I would never do it again. It was also the first mistake I made that you can now benefit from by just reading this. You won’t have to make the mistake yourself.

On the upside, I now had transitioned into a new month and orders were still coming in. My mood was great, I was happy and relaxed and that enabled me to make more clips. I would only make clips if I wanted to, because the unique thing about me is that I enjoy my fetish. I knew if I would film clips although I did not want to, just to make money, it would destroy my ability to enjoy my fetish and with that, a part of who I was.

So without having seen a cent of my earnings, I continued. I had read a LOT about clips4sale and all other options and was confident that they would pay me.

And there it was. My first payout. I had gotten money for something that had helped me explore myself, increase my mood and that I had been doing for years anyways – without a camera present though.

Now I not only did it for myself, but also for my customers. My fans. The guys were really happy with what they bought. A Win-Win. Clips4sale got their money, which is 40% of the earnings. Win-Win-Win.

Want to read more? I recommend my Clips4sale for Adult Newcomers, a Complete Guide if you want to dive in and start your own clips4sale store now. If you just came from there or wonder about those 40%, I recommend my article “Clipsites like Clips4sale are Amazing” 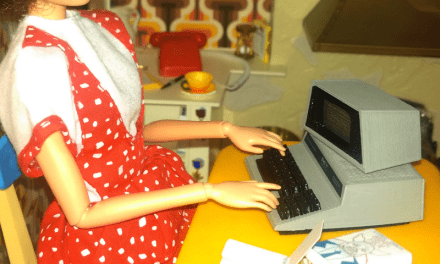